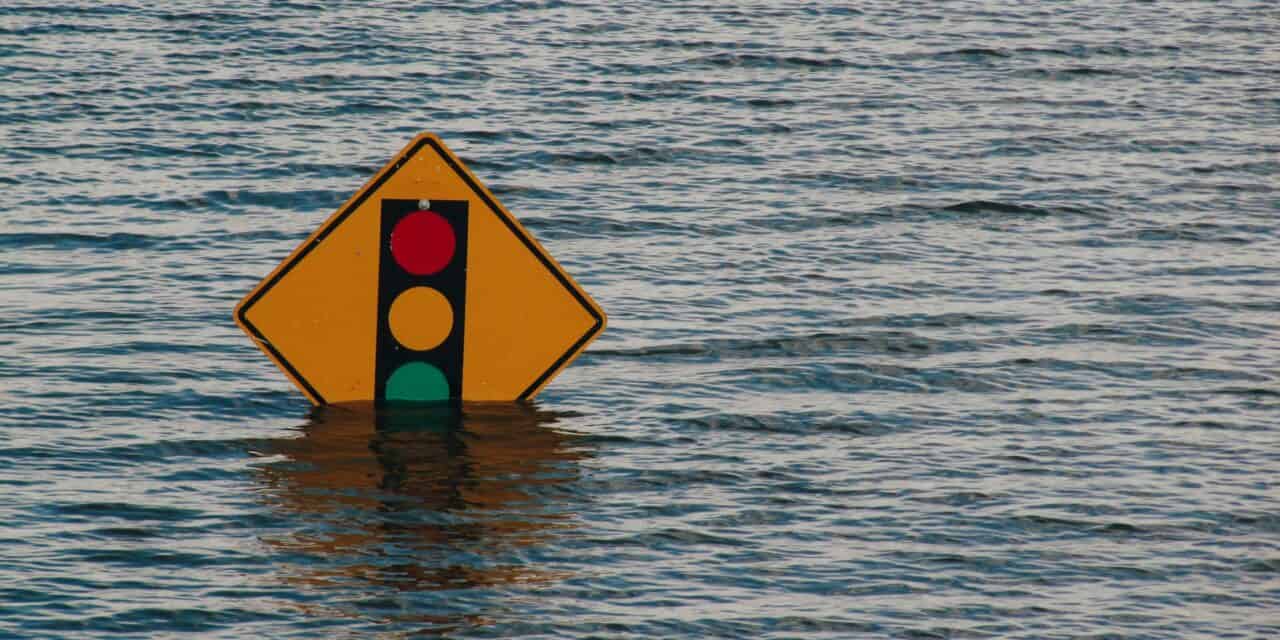 When I initially applied to Loyola Chicago’s School Mental Health Advanced Practice Program in the summer of 2018, I had no idea what the next two years as a school social worker in Fremont, Nebraska would bring. In March 2019, Fremont would experience a 100-year flood event – a tragedy involving the loss of homes, extensive damage, and a compromised sense of security. One year later, in March of 2020, the first case of Covid-19 in the state of Nebraska was confirmed – right here in Fremont at a basketball tournament hosted by the local YMCA.

When I started the SMHAPP program, I was looking to advance my career and push myself personally and professionally. I was looking for something timely and relevant – and there it was. I was overcome with anxiety at the beginning. I had not been in school for 26 years, and at 52 was I ready to take on this challenge?

My daughter, now 20, and a Junior in college, was a senior in high school during the 2018-19 school year. My classmates all had their own family obligations, including very small children, so I wasn’t alone by any means in having more than just work and school on my plate. As it turns out, the years 2018-2020 would prove to be the most memorable in my 27-year career as a school social worker in Fremont Public Schools.

In March of 2019, one full year prior to the beginning of the pandemic, the town of Fremont, NE was surrounded by floodwaters that made this quaint Eastern Nebraska town inaccessible from every direction. The picturesque Elkhorn River Valley (comprised of the Platte, Elkhorn, and Missouri Rivers) turned the town of Fremont into an island, only accessible by boat, airboat, or by private plane. Families fled their homes for makeshift shelters in churches, and even an empty department store near the north and eastern ends of town became a temporary home for those who had been displaced.

As a critical response agency, The Fremont Family Coalition, spearheaded by the Fremont Area United Way and local area churches put together shelter spaces, as well as a collection site for donations to the community. The coalition had already laid the groundwork for such a response through the Community Impact Model that had been spearheaded by the Nebraska Children and Families Foundation several years prior.

Much of the spring of 2019 is a bit of a blur. There were weekly meetings with FEMA and the coalition, related to clean-up efforts. Houses in the southern half of town were tagged by federal, state, and local authorities for contaminant mitigation. Many houses were deemed uninhabitable, rife with mold and mildew. While some families stayed, many others left to live with family across the region. Others, many of them migrant workers, and families of ELL students left the state altogether.

Fremont Public Schools recognized the need for mental health supports and collaborated with Lutheran Social Services, and licensed mental health practitioners were brought in to assist students who had a particularly difficult time dealing with the trauma of losing their homes. I learned later that many younger students would begin to cry or crawl under their desks whenever it started to rain.

The water levels were resolute, leaving Fremont as an island for days. Citizens began to worry about dwindling food supplies at the local grocery stores in town. Fremont was among several towns affected by the flooding, the town of North Bend also had to be evacuated. Their story is highlighted in the I Love Public Schools Film, titled “Rising Above” as featured on Nebraska Public Television:

The first case of COVID-19 in Fremont, Nebraska March 2020

In March 2020 Fremont Public Schools was on Spring Break when the first case of Covid-19 was identified during a Special Olympics Basketball Tournament being held at the Fremont Area YMCA. Following the lead of the University of Nebraska Medical Center and the Three Rivers Public Health Department, Fremont Public Schools shut down completely (the school system was the first in the state of Nebraska to shut down).

Like many other school districts, teachers and administrators were scrambling with how best to complete the school year. Curriculum leaders and teachers worked together to launch online learning platforms to assist students during the final quarter of the school year. The community, like many across the United States, pulled together to feed students, provide them with learning opportunities, and plan for the 2020-21 school year between March and August 2021.

The 2020-21 academic year marked my 27th and final year in Fremont Public Schools (FPS). FPS started in person in August 2020, with a virtual learning option for all parents who wished to enroll and educate their children from home. This was a welcome option for many families who remained unsure of what the school year would bring. For in-person learners, Covid-19 updates and safety protocols were faithfully implemented by teachers, who taught with care and compassion.

For many years I had been the only school social worker in a district of nearly 4,800 students with a 59% poverty rate and well over 20% special education. In January of 2020 FPS hired a second school social worker. In March 2020 the pandemic struck, and in April 2020 my young coworker gave birth to her first child during the pandemic. Our schools shut down and went completely remote at the end of the 2019/2020 school year. Needless to say, training a new school social worker was the least of my concerns.

All would have to wait until the beginning of the new school year. Shayla, my colleague (and former practicum student) would be working with the high school and middle school, and I was assigned to work with PK-6th grades, our level II ED program, all homeless students, young adults, as well as our students who had been contracted out to other schools.

During the 20/21 school year, we had to stretch the limits of our abilities as social workers and SEL professionals. My department, which consisted of counselors, psychologists, and social worker(s) spent the year planning to assist students who had experienced trauma due to the flooding and the pandemic. As I sat through multiple trainings on providing trauma-informed care to our students, I couldn’t help but think of how traumatized the staff must be as well, many dealing with their own family concerns outside of school. We were told, “not to give teachers any more tasks, and to provide as much support as possible.” We were to plan and in some cases provide just a few trauma support groups during the year.

The “triumph” during these last two school years was found in the little victories that I witnessed. I found myself falling back on the basics of social work, breaking down barriers, respecting the client and family, looking at situations that were fraught with difficulty, and continually finding new ways to help students succeed.

Providing school social work services to the students and parents in Fremont pushed us as school social workers, counselors, and school psychologists. I was fortunate to be working with a team of professionals who were willing to think outside the box, and were willing to walk beside each other in the journey. Our team celebrated small victories, such as convincing a young student to return to the classroom after a long absence, taking care to notice students and staff who struggled with their own traumas, and working hard to support one another. The lack of in-person meetings was challenging. Making connections with new people via zoom meetings, nearly impossible. Anxiety levels were heightened for everyone, not just students and parents.

My mother, a retired Lutheran Pastor, and I had many discussions about all of the positives that came out of the pandemic. For example, I repeatedly witnessed teachers, administrators and staff build a new level of cohesion around their common experiences. I observed staff develop a renewed sense of resolve to make sure all kids were getting their basic needs met.

As a long-time school social worker, the pandemic helped me to slow down and to re-evaluate what was truly important, and it wasn’t always about making sure kids were completing their assignments and not “losing out” on their education. It was making sure that students and parents had other people that they could rely upon, food to eat, and a roof over their heads.

At the end of the school year, it boiled down to the human connections and relationships that helped us all get through the most challenging year of our careers. The human spirit, and a willingness to carry on despite adversity, was the triumph amongst the tragedy and trauma that surrounded all of us. 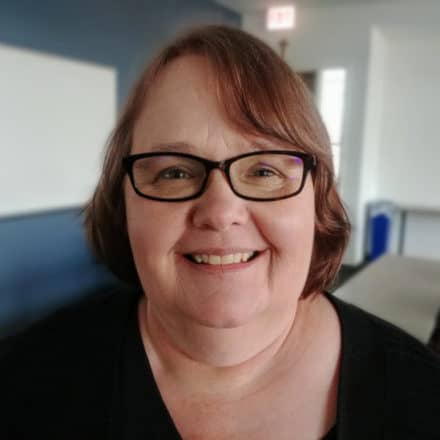 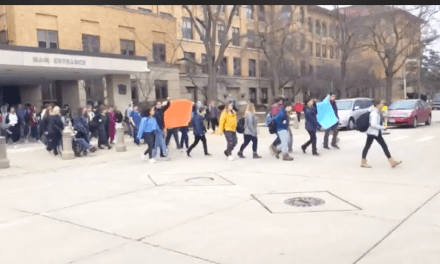 The Power of Inviting Students to the Meeting

From School to Home & Back Again: A School Social Worker’s Story 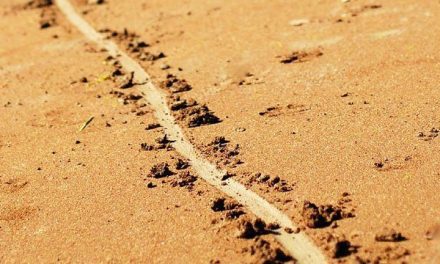