Working On Site In “Troubled Times”

“We live in troubled times, and to have on site a place where kids can go when they’ve had an issue at home or with someone at school, when they’re struggling with depression or their low self-esteem…to be able to connect with a licensed clinical social worker from the school-based health center who (can work with the student’s team)…I would argue that we have staved off a variety of issues because we were able to get together and put our arms around our students and help them…”–Dr. Patrick B. Hardy, Principal, Proviso East High School

Editor’s Note:  As part of a periodic series we’re starting at SSWN, we will focus on dynamic agencies that are making a difference in providing school-based mental health services.  For this first part of our series, we share the work of the Loyola School-based Health Center (SBHC), which has been located at Proviso East High School in the Chicago west suburb of Maywood since the early 2000s.  And we are also excited to feature a great friend to SSWN (and full disclosure:  current Loyola PhD student) Ms. Adriane “Addie” Van Zwoll.)

While not officially a school social worker (SSW), Ms. Van Zwoll is a clinical social worker who has been doing school mental health work at Proviso East for 7 years.  She works closely with SSW, school resource officers, administration, and teaching staff as part of a team to address the myriad issues that Proviso East (total student enrollment 1,620 with 45% of the students coming from low-income, as per the 2018 Illinois 2018 Report Card.

Despite the massive potential of SBHCs to do great work, not all SBHCs work this seamlessly with their host schools:  my own practice, research, and consulting career is full of numerous examples of SBHC personnel who simply viewed their office as a “stand-alone” clinic in the school, and beyond their client/patient work, did little to engage the larger school and client system.   Fortunately, Addie’s SBHC is constantly seeking to bring their clinic work into closer collaboration with their high school community.  Their exemplary work was sought out by state legislators and agencies and profiled in this short video below.  Addie tells the story of how the video came together: 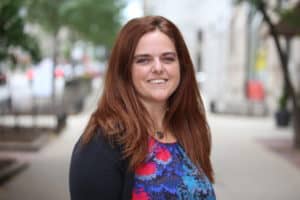 In December 2017, along with EverThrive Illinois, I was invited to Representative Conroy’s office(46th District) to discuss the school-based health center model. Following this visit, Representative Conroy was interested in visiting a health center. Proviso East High School SBHC was selected as there were no SBHCS in her district and PEHS was the closest one. At that visit, Representative Conroy was able to meet with our team, as well as one of our students who discussed the importance of mental health services at the SBHC (picture attached). As the Chairperson for the Mental Health Committee for the State of Illinois, Representative Conroy organized a special committee meeting on Youth Advocacy Day for School Health Centers (March 6, 2018) where three students from across the state were able to testify about their experiences with mental health services in their SBHCs (https://www.chicagotribune.com/suburbs/elmhurst/community/chi-ugc-article-conroy-chairs-mental-health-committee-hearing-2018-03-16-story.html and http://www.everthriveil.org/news/2018-youth-advocacy-day)

Shortly thereafter, our SBHC was contacted by the Illinois Terrorism Taskforce, an advisory body to the Governor, to learn more about the mental health services that we provide to students in school. The task force was interested in highlighting different models for mental health services throughout the state. Following this conference call with the task force, we were invited to participate in a video that will be distributed to all school districts within the state of Illinois.

Do you know of  a SBHC that is doing this kind of dynamic, systemic practice to collaborate with students and key stakeholders?  If so, please let us know about them, so we might profile them in an upcoming installment of this series. 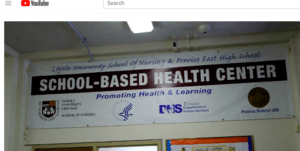 Loyola University Chicago’s Marcella Niehoff School of Nursing operates a school-based health center at Proviso East High School in Maywood, IL. The clinic was opened in 2001 and has a successful partnership with D209 to provide comprehensive medical and mental health services to students at Proviso East. A large part of what the health center does, is provide mental health services, including individual therapy, psychiatric evaluations, and medication management to students who would not otherwise seek treatment. 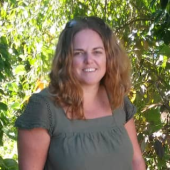 Adriane Van Zwoll, LCSW is the Clinical Social Worker working full time at Loyola University Chicago’s Marcella Niehoff School of Nursing's school-based health center at Proviso East High School in Maywood, IL. Ms. Van Zwoll has extensive experience working with adolescents in various settings including juvenile probation, adoption, foster care, residential treatment and schools. She is a Certified Trauma Specialist and has a Clinical Practice Certificate in working with LGBTQ Youth. Ms. Van Zwoll graduated from Western Michigan University in 2006 with degrees in Criminal Justice, Social Work, and a minor in psychology. She also has a Masters in Social Work from the University of Michigan and a Masters of Jurisprudence in Children’s Law and Policy from Loyola University Chicago. 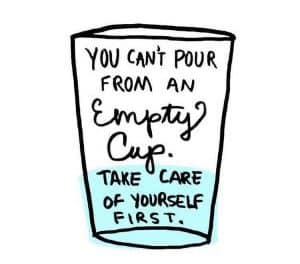 Do As I Say Not As I Do: A Self-Care Cautionary Tale During Distance Learning 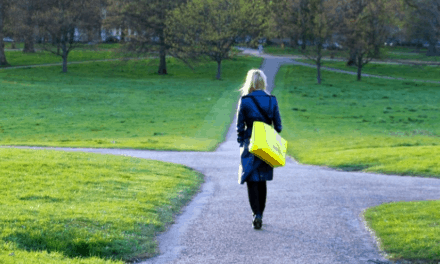 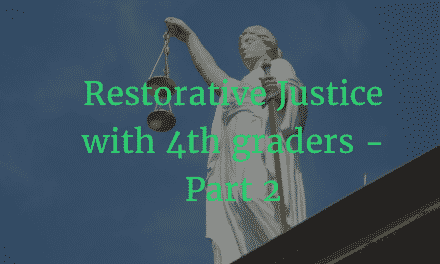